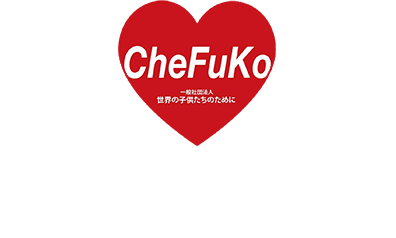 Messages from our Advisors 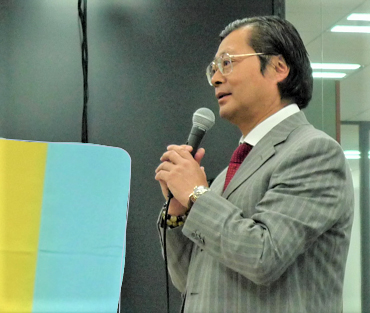 Just before my 60th birthday, I decided to change my life.
There are things which should be handed down to the next generation – a safe living environment, land with plentiful crops, clean water, beautiful scenery, uncontaminated air, and healthy children. I came to the conclusion that an organization called CheFuKo was necessary to protect such important things for the next generation to inherit. I would like to take full advantage of the rest of my life to support this humanitarian initiative.
CheFuKo stands for “Che-rnobyl”, “Fu-kushima”, and “Ko-domo” (Kodomo is the Japanese word for children).
As an organization, our founding concept is to “rethink the ideal way of human civilization through the future of our children”. We will investigate the current situation of children around the world and develop our activities in order to fundamentally improve their circumstances, with a particular focus on the theme of education.
CheFuKo will not be dissuaded by public opinion or media. We will visit each location, talk with all parties involved, and continue our ongoing activities based on the actual needs of those we speak with. It is my belief that each and every individual holds the power to improve the lives of our future children. Your support is needed.

Think of others’ struggles as your own
General Incorporated Association for the Children in the World
CheFuKo Senior Advisor Hideki Kato (Japan Initiative, Representative)

My name is Hideki Kato, Representative of Japan Initiative and senior advisor to CheFuKo.
I first decided to support CheFuKo because I thought the activities of this organization would provide an opportunity to “Think of others’ struggles as your own,” particularly in regard to the Fukushima Daiichi nuclear disaster that resulted from the 2011 Tōhoku earthquake. This theme also applies to the activities of my think tank, Japan Initiative. Since the accident, many more people have come to oppose nuclear power. We are free to hold any opinion, for or against; however, I wonder how many people are actually taking action. As a Japanese citizen, many of us supported nuclear energy policies, and all of us receive its benefits. Therefore, each citizens should bear a degree of responsibility for the existence of these power plants. This is why I support the activities of CheFuKo, as this organization strives to take action against these modern problems.

As long as each individual is aware of the problems we face, we should be able to brighten the future of our children in Japan, the future of the children of the world, and eventually the future of the world itself. I believe that CheFuKo is an organization that can achieve this goal. Currently, we’ve extended our activities to several overseas locations, making the gradual effort towards developing activities based in local communities. I would like to ask for your cooperation in supporting CheFuKo.

What could we do to help the people affected by the 2011 Tōhoku earthquake, and particularly the children of Fukushima, who faced great changes in their environment?
This was the question we sought to answer when we started CheFuKo, the General Incorporated Association for the Children in the World, in the spring of 2013.
We began by visiting kindergartens, temporary houses and community centers in Minami Soma City and Fukushima City to administer thermal treatment to affected people, kindergarten teachers and school teachers who were looking after the children. Throughout the interviews at the time of the disaster, we noticed that the affected children were very sensitive towards the happiness and state of mind that their parents and teachers exhibited. That led us to believe that we should begin by working with the adults who were taking care of the children. This idea was also accepted in Ukraine and Nepal. When a major earthquake or accident occurs, the supplies and services that the affected people require changes as time passes. We have seen that people’s bodies become fatigued and their minds become closed, due to daily worries and rapid changes in their living environment. We started “thermal treatment” to warm both the body and the mind, as a form of support that would continue to be useful towards those we aim to help.

In Nepal, soon after the earthquake of 2015, we visited a total of 5 tent villages as a three-person team. During a 5-day period, we performed thermal treatment for 450 people, including mothers, fathers and elderly people. It was painful to see those who had broken bones or recently undergone surgery as a result of the earthquake. We strived to treat each individual with the utmost care, although the time for each treatment was short. We carried out support activities in Nepal a total of four times during 2015. We were even able to facilitate a cultural exchange between the children in Nepal and the children in Fukushima and Ukraine through activities such as the exchange of Christmas cards.

We are still a small organization. While we cannot yet engage in large-scale action, I realize that it is meaningful to visit the affected areas and meet with the local people. I have come to the understanding this is what it truly necessary in order for people around the world to help each other. CheFuKo wishes to continue its activities on a steady basis to improve the living conditions of children and those who support them. Please provide us with your support. We appreciate your continued cooperation and participation.